“Returning the Nails”, by Tim Holmes, is a story of love triumphing over violence.

Two Thousand years ago, more valuable than even gold was iron, the metal of war. Even the smelting of it was a tightly controlled state secret. It is not unthinkable then to suppose that nobody got free iron nails; not even the ones used to nail your son to a cross. Once the execution was over and the body taken down, no doubt the family of the victim was charged with returning the nails to the ruling power.

It is a sad commentary on human history that through the ages the values of power and violence appear more important than those of beauty and love. Here it takes all of what Mary is to stand up to inhuman brutality. The nails identify those who choose violence over love. But history proves that love prevails in the end.

The Returning the Nails Movement is intended to give activists a way to “call out” people who dominate with violence by delivering a postcard or millions of postcards to politicians and executives who overpower others, take more than their due, making the world worse for average citizens. They are made to own their violence.

On this site you will find downloadable card and postcard images, which you can print out and use.  You are free to use these images for any legal activity to let inconsiderate powers know that you have been violated.  The more postcards you send the more attention they will get.  If you send them to politicians, make sure you send them from their constituency for emphasis.

We have established this linked Go-Fund-Me Campaign to start delivering our postcard “nails” to those who choose force, with an appropriate message. Violence is quick but power of change comes from love. 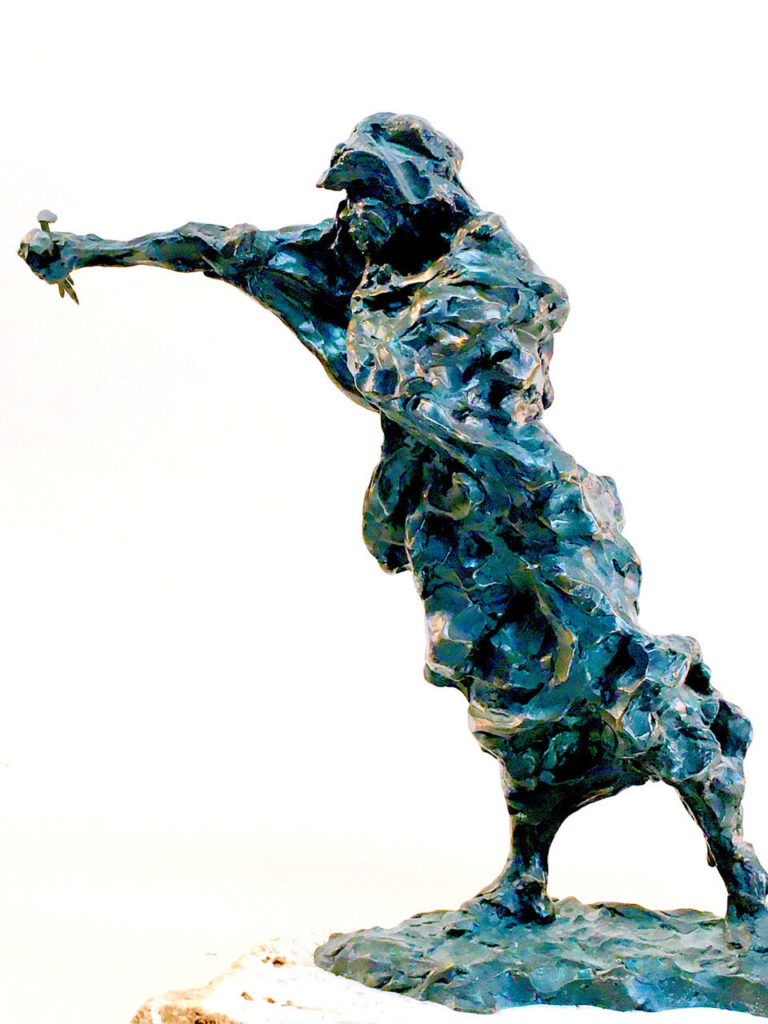 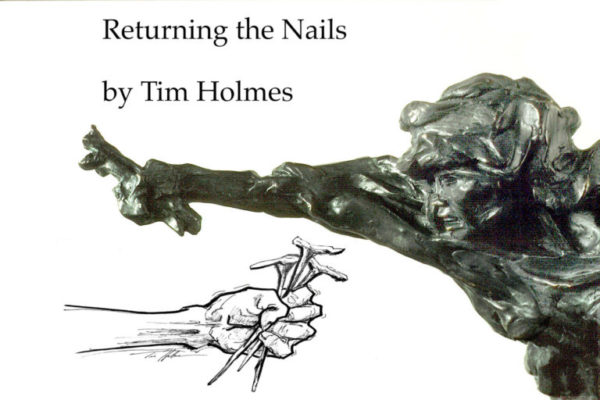 Nails as Symbols of a Movement of Love Over Power

Artist Tim Holmes created the Returning the Nails: Endurance bronze sculpture as part of a three part series of Mary’s defiance against the Roman authorities.  She knew her love of her son and his work, would overwhelm the violent power of Rome.  His kingdom was not of this world, and Mary knew it when she returned the nails to the dominating powers of her time.

On November 9, 2019, Tim’s postcard initiated a movement to see symbolic nails in the form of postcards delivered to people who abuse their power to make the lives of average citizens worse by their lies, bribery, corruption, and uncaring arrogance. Delivering a postcard to these people is a simple message to say, “We will carry the future with us through our love and non-violent resistance.”

Tim Holmes is an internationally acclaimed artist known for his evocative and provocative sculptures used as awards to presidents and other notables (Jimmy Carter; Vaclav Havel; Coretta Scott King), religious leaders (Archbishop Desmond Tutu and Fr. Elias Chacour, Archbishop of Galilee), the UN’s Peace Prize for Women, and many other peacemakers around the world.  Tim was the first American artist to have an invited exhibition at The Hermitage Museum in St. Petersburg, Russia, the world’s largest art museum.

Returning the Nails™ Movement is a trademark of Tim Holmes Studio.

Skip Conover is Founder of the Archetype in Action™ Organization, and the Founder and Leader of the Carl Jung Depth Psychology Reading Group  on YouTube.  In earlier incarnations, Skip founded a public company, has written four books, had multiple art exhibitions including in Greenwich Village and attended by Miss Universe, performed in a play in Turkey, which caused the playwright and lead actors to become Turkish exiles, and has built businesses in the United States, Japan, Korea, India, Pakistan, the UAE, Saudi Arabia, and Oman over a 50 year international business career.

Archetype in Action™ Organization is a Trademark of  Donald L. Conover.

We have established the linked Go-Fund-Me Campaign  to start “returning nails” to those who inappropriately use force to overcome legitimate opposition, with an appropriate message.  Oil and gas company executives, are destroying our environment on a global basis despite global public opposition.  For every $5 subscribed to the campaign, we will deliver a Returning the Nails™ Movement postcard to a deserving executive.

If we are able to raise $15,000, we intend to deliver the first Archetype in Action Climate Defender Award (on this page) to Greta Thunberg for her courageous Leadership in speaking truth to power on a global basis.

Be part of the movement! Download the images found on this site, print postcards, and create your own “Returning the Nails” campaign for your own cause and organization.  There are certainly many politicians and executives whose ears seem stopped.